I stared at the computer screen for a few terrifying moments and tried desperately to summon the words that would begin my novel in epic fashion. I needed a great hook wrapped in irresistible prose. I needed a compelling setting. Venice? London? Some snappy dialogue would be good. How about a flashback or two?

An hour went by. Then two. For some reason, this was a lot harder than I had thought it was going to be. No offence, but I was a professional writer who’d been praised continuously throughout my career for my skill with the written word. I knew absolutely nothing about writing a book at the time, but, in my ignorance, I thought it was just a matter of using some nice orderly sentences to package together a decent storyline, some compelling characters, an inciting incident, a climax, and a dénouement (whatever that was). Then, voilà: one book. Throw in a metaphor or five, the odd plot twist, and a puppy, and it would probably be a pretty good book, too.

I had the formula all figured out.

Too bad writing a book isn’t just about formulas.

I had started that book after my husband had all but dared me to do it.

“You’ve been talking about writing a book for a l-o-n-g time,” he said slyly one early fall evening as we enjoyed a glass of wine on our balcony. We lived in a big house on a beach in a quaint fishing village in Southern Ontario and every evening we would sit outside and watch the sun creep across the sky and plunge into the mysterious waters of Lake Erie. We had been high school sweethearts who had found our way back to each other after decades of turbulence. This was a second marriage for both of us and our love encircled three gorgeous little kids. We were planning on creating a new little life together. It was a time of great hope.

“I would love to write a book,” I said wistfully. At the time I was working as a freelance copywriter specializing in corporate communications and marketing copy. I had been wanting to write a book since childhood.

He looked over at me with a cocky twinkle in his eye.

The question stormed into my ears with the subtlety of a runaway diesel engine and slammed into my frontal lobe. The truth was, I realized with a shock, that the only thing actually stopping me, was me.

I started that book when I was indeed pregnant with my family’s fourth child. I gave myself nine months to make the baby and finish my manuscript. The baby would arrive, I would find a publisher, and BAM! I would be off on my next project.

But that’s not at all how it happened.

Stay tuned for the next post in this series to see what happened next! 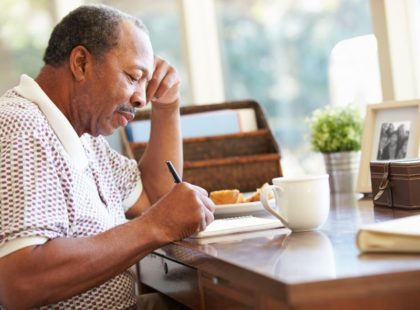 This editing checklist is designed to help you save money on this crucial phase of getting ready for publication: